The video of our HighMileTree in Denver, CO, USA is online!

30 Nov 19... Brut Deluxe in the USA! Switch on event for the MileHighTree, in Denver, CO, our first project in the USA! We created the dynamic lighting program. Displayed till end of January 2020!

22 Nov 19.... Very happy to see our new light installation Laniakea shining in Plaza Canalejas, Madrid. And many other exciting installations throughout the city! More coming soon!

Happy to announce and celebrate it with NEW light installations in the USA (YES!) and Europe. More details coming up soon!

Feb 2019.... our Silvana Light Maze is currently displayed right at the feet of Burj  Khalifa in Dubai.  We have been invited by Emaar Properties to take part in the Dubai Festival of Lights.

25. Feb. 2019.... By invitation of Antonio Bernacchi, Ben Busche assisted as visiting professor the 4th grade midterm review at the International Program in Design and Architecture (INDA) of Chulalongkorn University in Bangkok, Thailand.

18. Dec. 2019.... our light installations for Chinese New Year for China Resources Group have been switched on at the MixC Shenzhen, China. More coming soon....

29 Nov. 18.... Ben Busche assited to the PR event for the opening of our new diàn huā light maze for IFS Changsha, China

23. Nov. 18.... switch-on of Lucia in the Sky, our new light installation for Gran Via, Madrid, coinciding with the refurbishment of the street. Watch the video or get more details about the project! 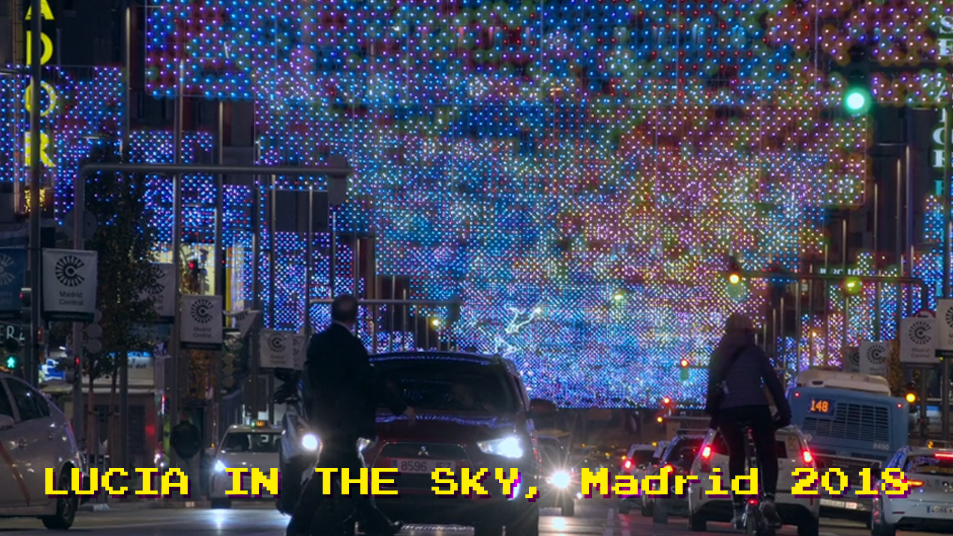 10./11./15. October 18, Madrid.. will take place the Workshop directed by Ben Busche at IED Madrid, as part of the Master of Lighting Design/ architectural lighting directed by Lara Elbaz

Aug 18.... our competition proposal for the 230 public WC units for Berlin is online

July 18.... Teaser video of our QuanXi Bridge project in China

Jan 18.....our light installation stellar has been featured in designboom, AV, gooood, divisare and many others. The video on Instagram has reached over 500k plays!

04. Dec 17... Brut Deluxe in the USA! We will present our proposal for an outdoor permanent art work / aerial sculpture located in Seattle, WA. RFP Invitation by Vulcan Inc!

01. Dec 17... Brut Deluxe in Brussels! Our new light maze Silvana is premiered this December in Brussels (Belgium) and Seville (Spain). 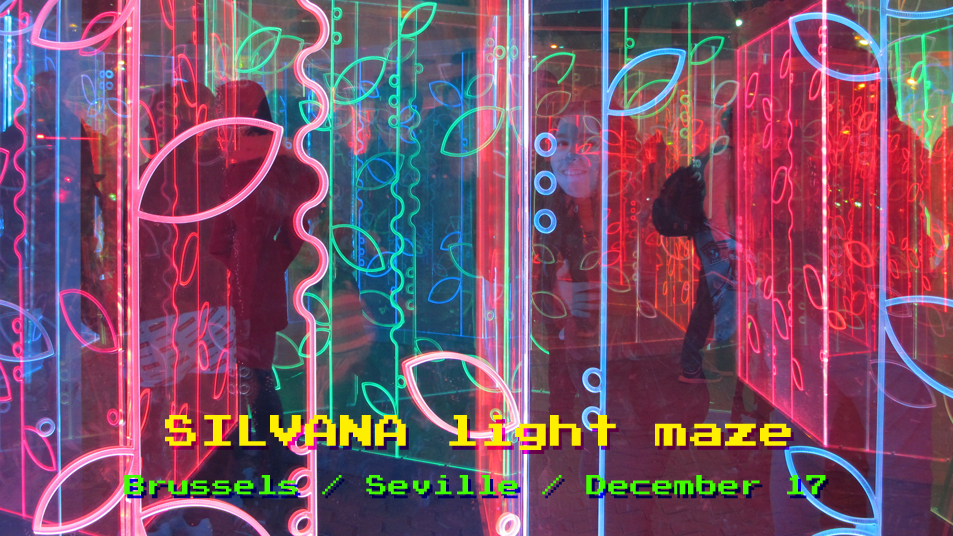 24. Nov 17... Our new light installation stellar for Madrid, calle Alcalá. Very proud to have been commissioned again by the City of Madrid to provide a design for this fantastic location. Watch the video! 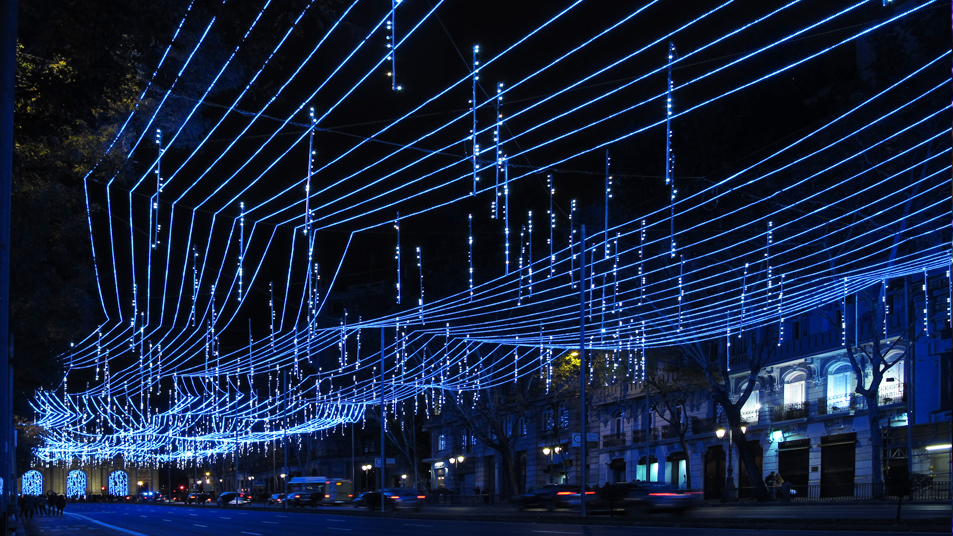 04./05./06. October 17, Madrid.. will take place the Workshop directed by Ben Busche at IED Madrid, as part of the Master of lighting design/ architectural lighting directed by Lara Elbaz 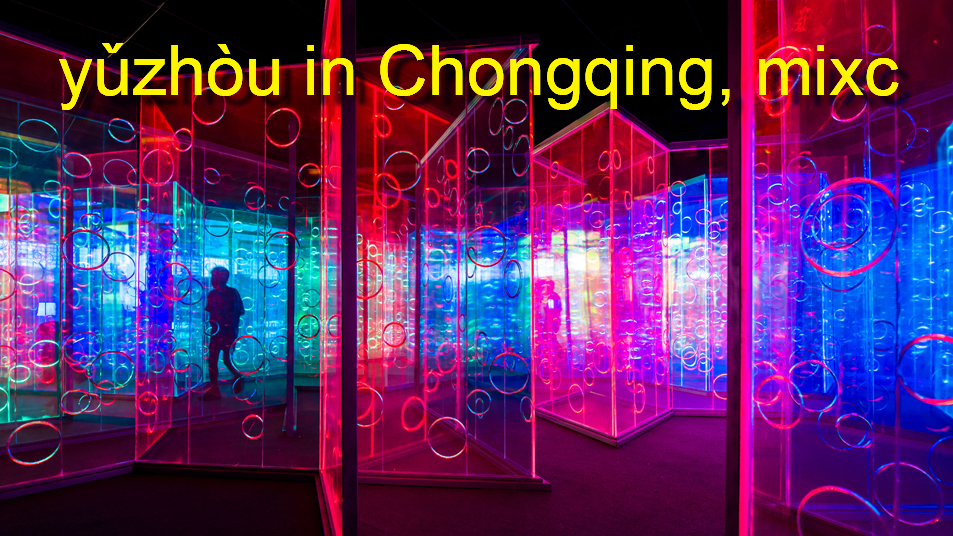 Feb 17.... yǔzhòu featured in designboom, archdaily, gooood, AV and many others

Jan 17...... the video of our light maze installation yǔzhòu in Hainan, China for the Luneng Sanya Bay Light + Art Festival is online! 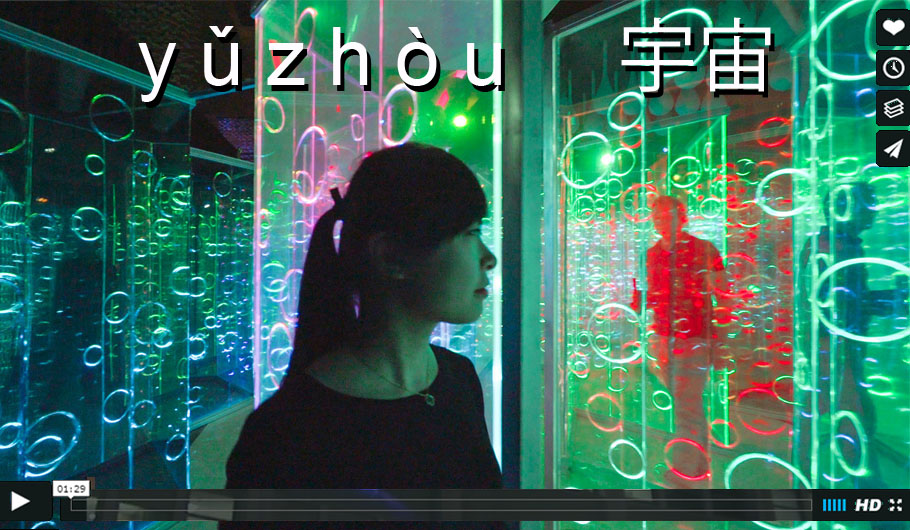 24. Nov. 16, Madrid ..... The Xmas lights in Madrid are on and we have participated with three new pieces for the city! We are especially proud for having designed the iconic Xmas tree in Puerta de Sol!

18./19./20. October 16, Madrid.. will take place the Workshop directed by Ben Busche at IED Madrid, as part of the Master of lighting design/ architectural lighting directed by Lara Elbaz

12 Mar 16... Opening of the exhibition Amie Siegel / Double Negative at Museum Villa Stuck, Munich, curator Yara Sonseca, for which we are proud to have been asked to participate in giving architectural support. Exhibition runs till 05th of June. 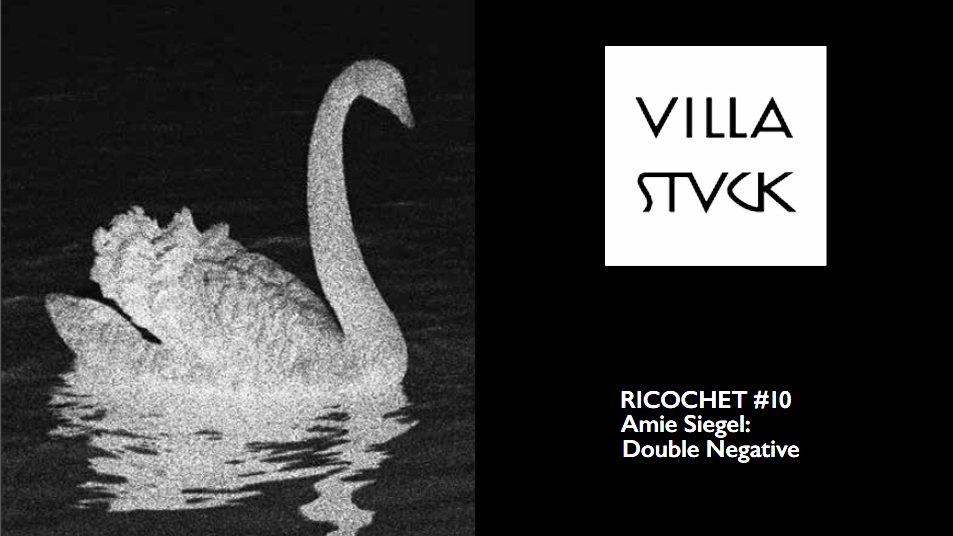 Dec 2015.... The video of our in lux.lge installation in Geneva is online! 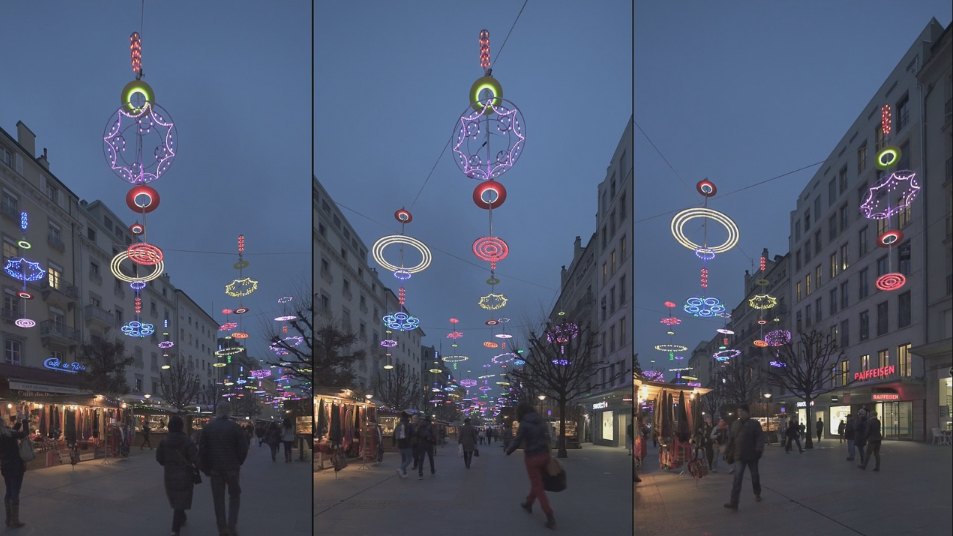 01.Dec.2015...... Brut Deluxe en Suisse! We are participating with lux.lge, a light installation specially created for the occasion, in Geneva LUX festival. Our first project in Switzerland!

01.Sept.2015..... our Munich office has moved to Westend: you will find us now in our gorgeous new office space in Schieβstättstraβe 24!

december 2014..... moon featured in dezeen, archdaily, gooood and many others Kick-off events on 28th of November.

10 years on the road ... and we are proud to announce we will celebrate it with NEW light installations in Madrid (Gran Vía) and Hong Kong, China!

december 2013..... Berlin light installation featured in dezeen, designboom, archdaily, gooood and many others 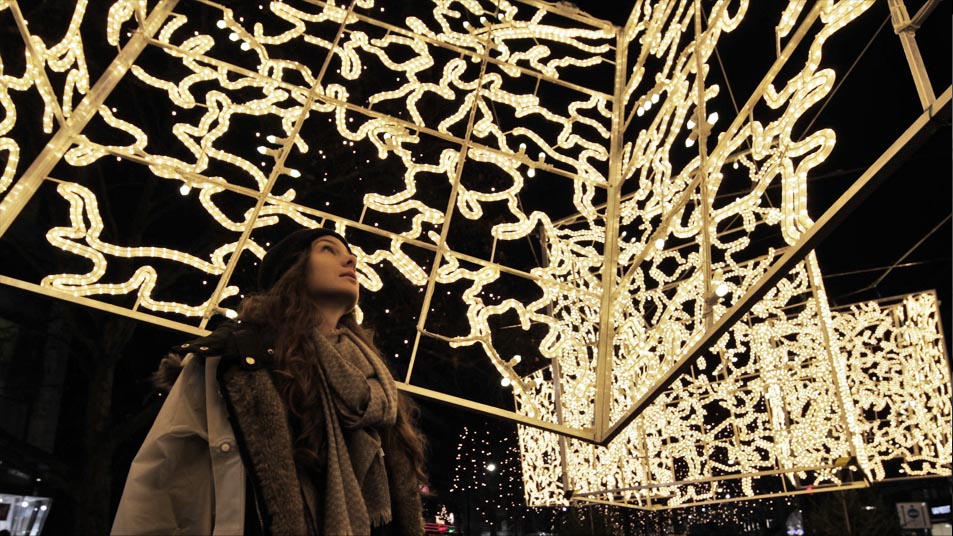 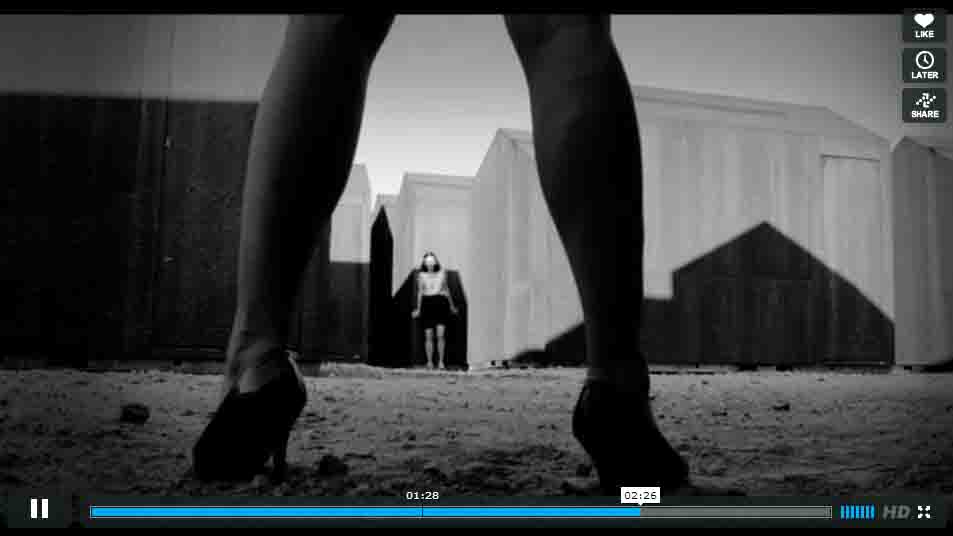 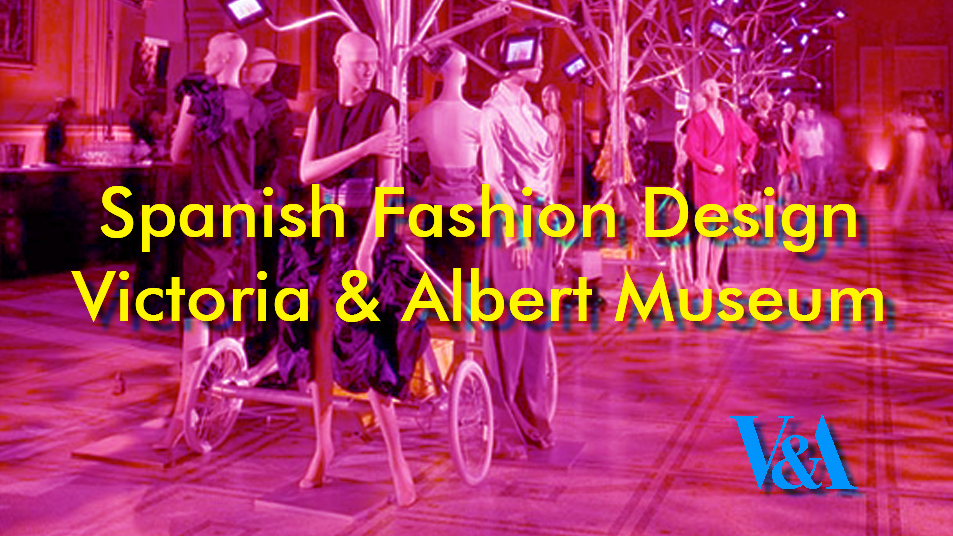